How to Say «Hello» in Different Languages: TOP-30 Greetings

Many people often wonder how to say “Hello” in different languages? With the growing popularity and availability of international tourism, there is a reason for many to start learning foreign languages. The first thing with which any conversation begins is a greeting.

Here we’ll see how to say “hello” in different languages in Indo-European countries. This language group includes almost all European languages and some Middle Eastern languages.

1. The French greeting “bonjour” in addition to France, Belgium and Switzerland will be understood in countries such as Morocco, Tunisia and Algeria, as well as in some African countries: Democratic Republic of Congo, Ivory Coast, Cameroon, Guinea, Gabon and Mauritania.

2. How to say simple “Hi” in spanish? Spanish “Hola”. In addition to Spain itself, Spanish or Castilian, as it is sometimes called, is spoken in Central and South American countries besides Brazil. It is also the second most widely spoken language in the United States. It is spoken by more than 34 million Latin Americans.

3. Italians greet each other with the word “ciao”.

4. German is the official language in Germany, Austria, Switzerland, Luxembourg, Liechtenstein and parts of Italy. So, how to say “Hi” in german? In these countries you can hear the greetings “halo” (“hello”) and “guten tag” (“good day”).

5. “Namaste” is the greeting in Hindi. This language is common in northern India and Nepal.

7. In Yiddish (Hebrew) you can say hello like this: “sholem aleichem” (literal translation is “peace to you”), “gut morgn/tog/ovnt” (“good morning/afternoon/evening”).

14. In Armenia it is customary to say “barev” when meeting someone.

Kartvelian languages is a group of languages spoken in the Western Caucasus. The most famous representative of this group is the Georgian language.

15. Georgians say “gamarjoba” when greeting someone.

In this part we’ll see how to say “hi” in different languages in Eastern and Turkic countries.

16. “Salam” – this is the greeting of the inhabitants of Iran, Afghanistan, Tajikistan, some parts of Uzbekistan and Bahrain, where Persian is spoken, which is sometimes called Farsi.

17. How do you say “Hi” in japanese? In Japan they say “Ohayo/Konnitiva/Konbanwa,” which means “good morning/afternoon/evening.

18. In both North and South Korea the greeting is “annyeong-haseyo”.

19. The Mongolian greeting is “baina uu”.

21. Kazakhs say “salametsiz be” to greet a person. The literal translation of this expression is respectful “Hello”. Almost 7 million of the 10 million Kazakhs live in Kazakhstan. The remaining 3 million are settled in Xinxiang China, Uzbekistan, Russia, Mongolia, Turkmenistan, Ukraine and Tajikistan.

Let’s see how to say “hello” in different languages in Eastern European and Baltic countries.

23. In Estonia you can greet a person with “tere peevast”, which means “good day”.

This part includes how to say “hello” in different languages of Afrasian countries.

This language group includes the languages of the peoples of North Africa and the Berber languages spoken by nomads living in the Sahara Desert.

25. The members of the Arab world say “maraba” to greet a person. In different dialects it may sound like “merhaba” or “meraba.

Let’s look at how to say “hello” in different languages in Sino-Tibetan countries.

27. In South China, Hong Kong and Macau, Cantonese is spoken. The greeting “ni hou” as well as “ni hau” in Mandarin means: “you are well.”

Finally, let’s look at how to say hello in different languages in Austronesian countries.

29. On the island of Hawaii, tourists are greeted with the word “aloha”.

30. In the Philippines, Tagalog is spoken. To say hello, say “kamusta”.

How to say “hello” in sign language in different countries?

So, there are also many greetings in non-verbal language. Let’s take a look at how to say “hello” in sign language in different countries.

In Tibet, when we greet someone, we stick out our tongue a little. In this way we show that it is not black and that we are not the reincarnation of a ninth-century Tibetan king. According to legend, his tongue was black or purple.

The traditional New Zealand greeting is called “hongi,” which is shown by touching the forehead and the nose at the same time.

The Japanese have a very restrained greeting. They bow. If another person bows to us, we should do the same. Bowing is a sign of respect and ignoring it is viewed very negatively. Your eyes should be looking down. And the depth of the bow depends on the position of our partner – the older and higher the person is, the lower the bow should be.

In the Philippines, when young people greet the elderly, they kneel or bend down and raise their other hand to their forehead. This is one way to show respect.

A typical greeting in Thailand is to place your hands as if you were praying, at chest level and leaning slightly forward. It is important to note that your chin should touch your thumbs as you bend over.

The people of Micronesia raise an eyebrow as a sign of greeting. This means they are accepting the presence of another person.

Hindus greet each other with the sign of folded hands in prayer. During the greeting, they say the word “Namaste,” raise their hands to chest level, and put their fingers together upward.

Kissing on the cheek is very popular in France. And when introducing themselves, the French often mention their academic and professional degrees first.

In Greece, it is customary to pat each other on the back when greeting each other.

The Maasai people greet new visitors with a dance. Then they line up in a circle and compete against each other by showing which one of them jumps the highest. 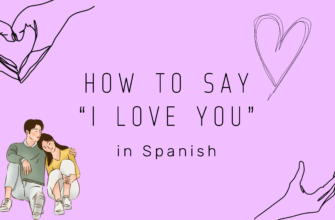 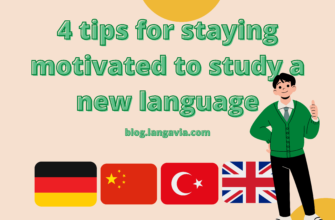 4 Tips for Staying Motivated to Learn a New Language: No Excuses
As many other things, motivation is very important
062 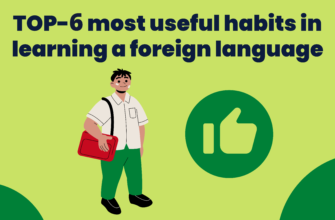