How to learn Italian: 4 Tips and Secrets of this Language 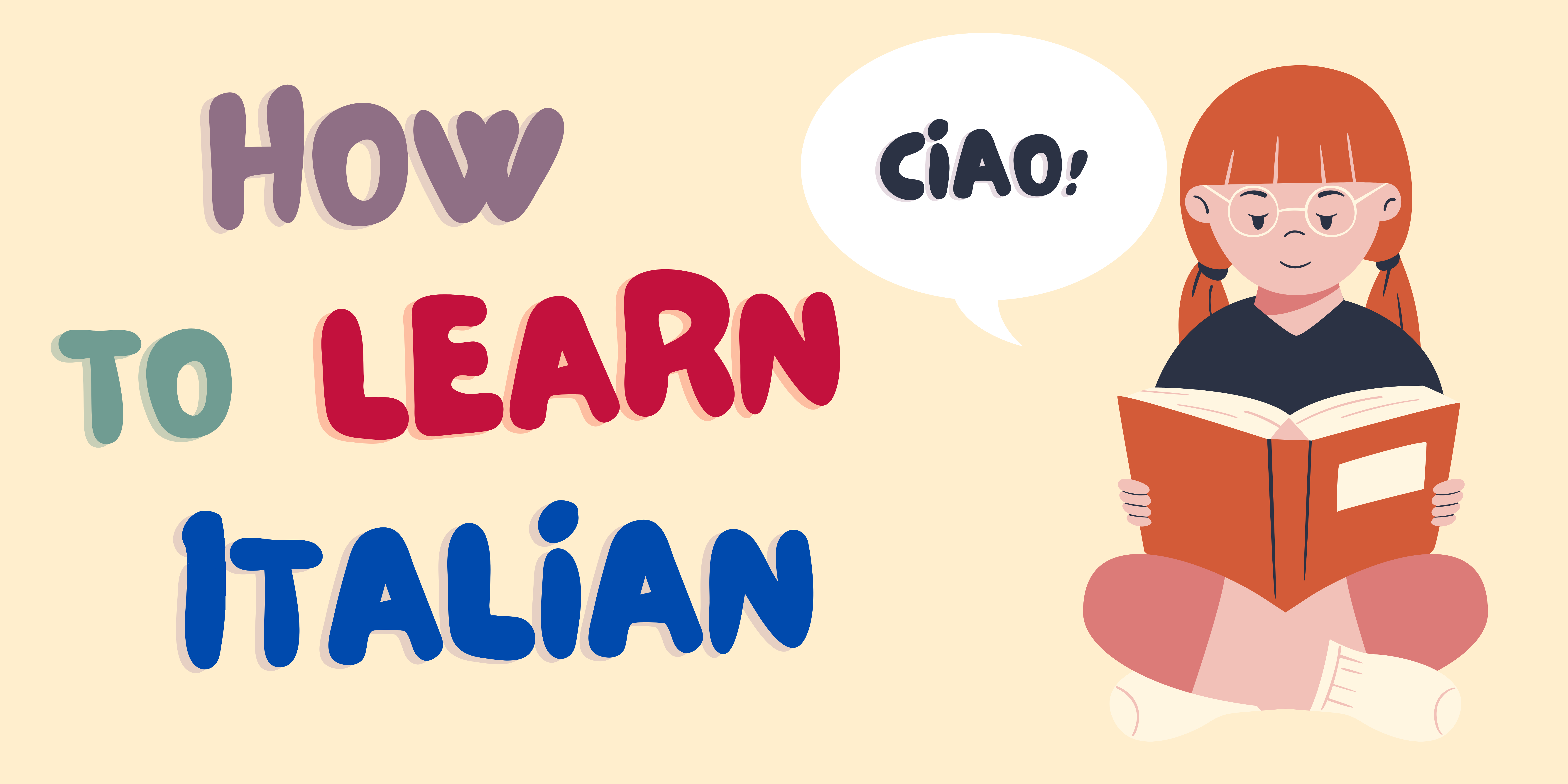 Do you like pizza, pasta, Pisa and the Italian language? Probably most of those who have been to Italy at least once definitely wondered how to learn Italian quickly and at a high level. Italian is spoken by more than 70 million people living on Earth. It is spoken in San Marino, Switzerland, and the Vatican. It is worth learning, not only for travel but also for the works of art, including great operas and favorite musical hits (Italy, by the way, is a mecca of art and creativity).

Many people start learning Italian for the love of beautiful Italy. The country boasts a varied and breathtaking landscape, rich cultural traditions, delicious food, and friendly, cheerful people. And the Italians themselves? Both men and women are extremely open and friendly to tourists, happy to smile and joke on the most ordinary day. Actually, Italian can be deceptively easy to learn. Rest assured, Italians will not ignore the fact that you learn their language (it’s always nice for locals). But when you want to get to know them better, there may be a problem. And that’s where things can get tricky.

Now let’s have some conspiracy theories 🙂

Many linguists think that English speakers like Italian because they recognize the tones and sounds they’re used to. But Dr. Patti Adank, professor of speech and phonetics at University College London, believes that Italian has an appealing sound because of its so-called “melodicity”. It is that melodiousness that makes simple speech sound like a beautiful song. Just imagine speaking Italian and being in tune with Italian hits like “Amore no” or “Sussana” by Adriano Celentano.

So why is that? Italian wins because of the very large number of words ending in vowels, as well as words with multiple consonants in a row, which creates an open, melodic sound.

Is Italian difficult to learn?

Many people say that Italian is easy to learn. Let’s take a look at it further.

It is based on one of the oldest and most complex languages, Latin. However, modern Italian, as we are used to hearing it in movies and songs, was not fully formed until the 70s of the 19th century. So even in the early twentieth century, some Italians from provinces not located nearby could not understand each other.

Knowledge of English or Spanish would be a great help in mastering it because all these languages have a lot of consonant words. They share the same pronunciation rules, although Italian is much simpler than English: sounds are pronounced as they are written, with few exceptions.

As previously stated, Italian is descended from Latin, and as a consequence, it has the same complex grammar system as its “fellows” of French, Spanish, and Portuguese. Verbs are conjugated here; i.e., they change in person and number (“parlo” – I speak, “parli” – you speak, etc.) Adjectives agree with nouns (“ragazzo piccolo” – little boy, but “ragazza piccola” – little girl). There are definite, indefinite, and even partial articles. And the abundance of prepositions and their meanings can make your head spin, frankly speaking 🙂

There is good news – Italian phonetics is quite simple. It has very few sounds that do not exist in English, and spelling coincides with the pronunciation, so after you learn a few rules, you can read or write correctly, even unfamiliar words. It’s really cool when you can start reading or writing in the language you’re learning in your second or third lesson.

The main “trick” is to pronounce all vowels clearly, including the voiceless, and then you will not have a typical English accent. In the field of vocabulary, you can also find intuitively understandable words similar to English. For example, “mi scusi” – excuse me, “teléfono” – telephone (pay attention to the accent, it does not coincide with English), “naso” – nose, “vaso” – vase, “nome” – name, etc. But there are also “dupes”: “stipendio” means salary, “patente” means driver’s license, “diplomato” means school graduate, and “stirare” means to iron. So, as they say, trust, but verify. For those who know Spanish, many words may seem familiar, but “Italianized” (this vocabulary is of Latin origin). Still, most of the words will have to be learned.

You should learn the language in four directions at once – it should be written, oral, aural and vocabulary. That is, you should be able to write, understand, and speak the vocabulary used and common, so that you do not have difficulties in the future. Choose the right method of study

We advise you to choose in the beginning the method of learning at school or with a teacher (in order to pull up the most difficult – the base). And then, when you know all the basic rules, start learning the language by yourself and expand your vocabulary. Focus on grammar, and you’ll learn new words from texts, movies with exercises and so on (you can read more about it in this article).

Next, with the same method of learning, then choose a school or a teacher who should have Italian as a native language. This will greatly improve your speaking skills. Don’t miss the opportunity to speak with native speakers, it’s very immersive!

Here we come to the most interesting part! That’s what most students of any new language go through – the fear of making mistakes in your daily speech. But we want to remind you that mistakes are learning opportunities, and if you don’t practice your knowledge, you’ll never learn to speak. Even a negative experience in this case is a big advantage in your language-learning box. Everyone goes through the fear and the terrible shyness of talking to Italians in their language. We’re always afraid that they will hear our accent, worried that we are speaking slowly and making mistakes. We’ll tell you more. One of the editors who had lived in Italy for a little over a year at that time asked an Italian psychologist he knew, “How do I stop being afraid to talk to Italians as equals? I feel inferior because I don’t speak as well as they do.”.

To which he replied, “Not true; you are not below the level of Italians; you are above. Look, you know two languages, your own and theirs, and they only know their own language, and not everyone speaks it perfectly.”. And, you know, he remembered these words for the rest of his life, which helped him get rid of this complex. So don’t be afraid to talk as much as possible!

Exercising regularly is what pays off. It’s better if you exercise a little bit every day than, for example, once a week for several hours. It’s like in sports; what is more effective for your figure and health, to exercise every day for a little bit, or once a week for a long time? Of course, a little every day, and the same holds true for learning a language.

If you’re learning a language on your own, buy good literature, online courses, pay for a teacher and a good language service. Believe us – it’s worth it. You’ll spend the money once, but you’ll know the language and vocabulary for life.

How to understand your progress in learning Italian

Now applied information for those interested in relocating or academically boosting their knowledge.

Italy uses the European system for determining the level of language, according to which there are six levels, denoted A1, A2, B1, B2, C1, and C2. Whereas A1 is an elementary level, which means you are able to meet basic needs in everyday contexts, talk briefly about yourself, and ask questions about your interlocutor, C2 means full command of the language, the ability to understand and express subtle shades of meaning in complex situations.

All Italian textbooks are marked with the level that you are expected to reach after mastering the material. It is also possible to check yourself by taking a test for the appropriate level, and you can take it both in any European country and Italy.

Best way how to learn Italian

You have to understand that learning the 5 basic tips is not enough to fundamentally learn the language. You need to build a system and, most importantly, not bog yourself down with tons of boring material.

Below we offer a free guide that will show you how to learn Italian or any other foreign language, create a system in your head and not get bored at the same time. And yes, you can (and should) use this master plan in your learning process, as it will definitely give you quick and reliable results. 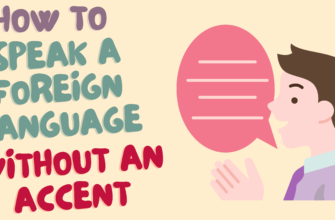 10 Tips How to Speak a Foreign Language Without an Accent: A Guide
In this article we will figure out how to speak a foreign
269 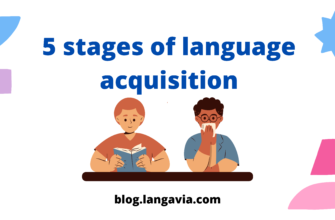 The 5 Stages of Second Language Acquisition: A Step-by-Step Chart
What do you know about stages of language acquisition?
12k. 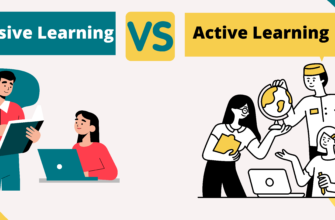 Differences between Active and Passive Learning: What is better?
Let’s figure out what active and passive learning
0621